Today I’m featuring Monisha, an impressive young woman from Bangladesh, whom I photographed early this winter. She’s always wanted portraits of herself in a white dress, just not one as grand as her wedding gown. My objective: to help her feel as beautiful as she did on her big day.

We shot just outside of Washington, DC, in Upper Marlboro, MD, on a freakishly cold day for early winter, about 30 degrees. I supplied the dress and tiara; she brought the roses. Even though she was a little nervous before our shoot (who wouldn’t be?), Monisha was able to relax pretty quickly and we got some gorgeous shots.  Since we had such an amazing shoot, I asked Monisha how she felt while shooting outdoors on such a cool day. Here’s what she had to say:

“It was a bit chilly, but you made me feel very comfortable and like I was the most beautiful, ethereal creature in all the world, as you always do!”

What a sweet thing to say!  It just goes to show you that it doesn’t take much to make you look great. No more talking – let’s get to the pictures!

How they met: In 2009, Muthoni Wambu was visiting Washington, DC from Greensboro, North Carolina, to participate in a wedding. One night, on the way to visit a friend, Wambu, wearing her lucky orange sweater, popped into an Irish pub, “The Dubliner,” to pass the time. There, she met John Kraal, who was visiting the US during a month-long vacation from his native country, the Netherlands, and engaged in hours of conversation before inviting him to visit her in North Carolina while still on vacation. Three days later, he did just that, and a friendship blossomed in the following months. Over the next three years, they emailed daily, Skyped every weekend, and crossed the Atlantic numerous times to see each other.
The proposal: On April 15th, 2011, after a lively evening filled with cupcakes, whiskey and spirited debate at Muthoni’s home, John proposed in her kitchen. She returned with a very excited, “YES!” One year later, John obtained a visa and relocated to America.

The wedding: After a beautiful evening ceremony at Prince George’s County’s Newton White Mansion, guests enjoyed dinner, a split fare of filet mignon and rockfish, and cake provided by Uptown Catering. Muthoni, of Kenyan heritage, and John were presented with a traditional Kikuyu marriage ritual, welcoming the groom to the family, and a song complete with African drummers–a gift from Muthoni’s father. Guests celebrated into the wee hours, and before leaving, were treated to Dutch caramel bites and traditional Kenyan cloth.

The honeymoon: Muthoni and John spent a memorable week in Waikiki, Hawaii, kayaking, snorkeling and hiking over lava rock. 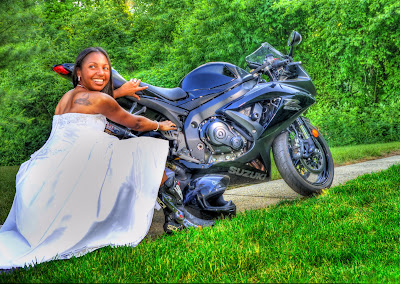